“Charter schools must be accountable to the taxpayer,” Brewster said.  “They must demonstrate that they are fiscally sound and properly supported by the community. 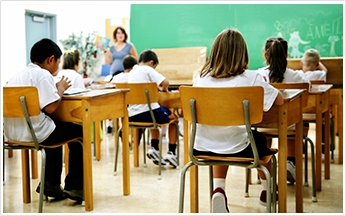 “Recent reports and audits by the state auditor general revealed that the current charter school law is full of gaping holes that puts traditional public schools at a real disadvantage in trying to manage the impact of charter schools on their operations.”

“It has become abundantly clear that systemic changes are needed in how brick and mortar and cyber charters operate in Pennsylvania,” Brewster said.  “There is a growing frustration that charters are unaccountable.

“The auditor general has made a number of worthwhile recommendations and I’ve combined some of these ideas with other features to produce what I believe is an excellent starting point for comprehensive reform.”

Brewster said it is important to keep in mind that the original purpose of charter schools was to be an outlet for education innovation and share best practices with the school district.

Brewster said these reform provisions are a beginning and that other elements could be added.

“We need to dig deep and look critically at the charter law to make sweeping changes,” Brewster said.  “In this year alone, the auditor general has pointed out that the reimbursement process is flawed, that there were too many reimbursement appeals and that the cyber charter law reeked with ethical issues, poor oversight and a lack of transparency.

“It is clear that the charter law is not helping schools, charters themselves or the taxpayers.”

In 2014, DePasquale released his recommendations to improve the charter law.  These suggestions called for an independent board to oversee charter school processes and functions — including lease reimbursements and student enrollment. He also suggested public hearings involving charter changes, limits on fund balances and guidelines on calculating teacher certification benchmarks.

Brewster said a responsible and balanced reform approach can attract support from charter advocates as well as those who have been critical of the proliferation of charter schools.  He said his plan is an excellent platform for creating a partnership between charters and traditional public schools.

“The reform plan that I am offering is intended to bring charters and traditional public schools together,” Brewster said.  “Children should be guaranteed a quality education and taxpayers assured that their tax dollars are being used wisely.”

The McKeesport lawmaker said he realizes that time is short this year to make any move toward charter reform, but that by introducing legislation now there will be greater awareness of the issues involved in crafting meaningful reform.  He said the measure will also be reintroduced next session.

“We need a reasonable starting point to engage all sides in a substantive dialogue,” Brewster said.

Brewster said that he hoped that many of these issues will be discussed at a Senate Democratic Policy Committee hearing on Oct. 13 at the Monroeville Municipal Building in Monroeville.