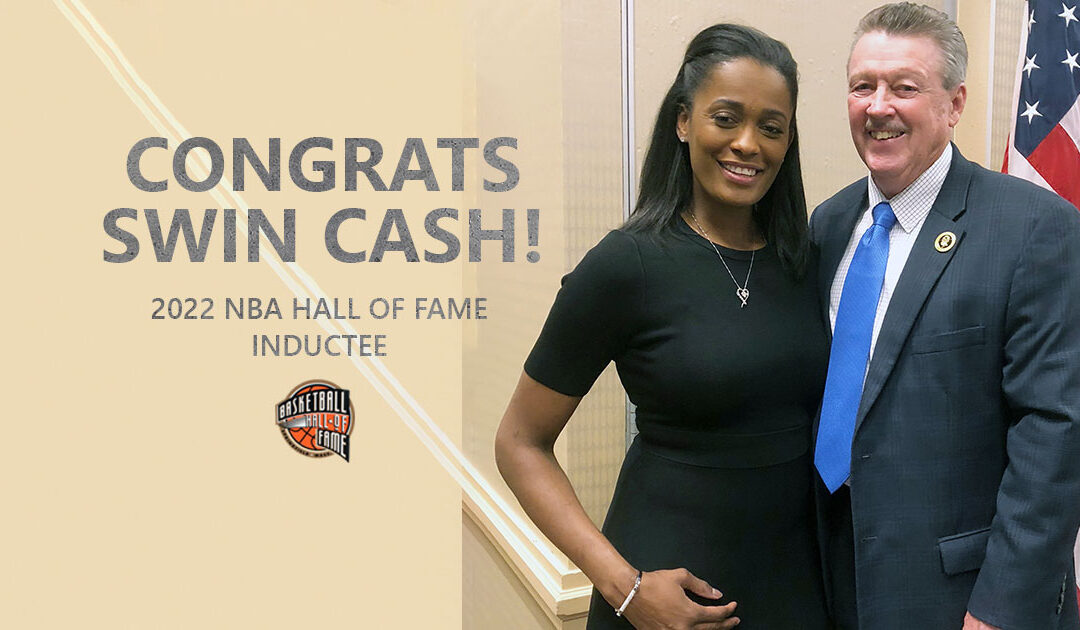 McKeesport – September 10, 2022 – Upon invitation by Swin Cash, Senator Jim Brewster traveled to the Basketball Hall of Fame to witness the enshrinement of the Class of 2022 and to present a Pennsylvania Senate Proclamation recognizing the McKeesport basketball star.

“Swin has been the pride of McKeesport for more than three decades and there’s still so much in her future,” said Brewster, former McKeesport Mayor. “Her accomplishments compare with anyone who has ever called the city home and, following her career as a player and sports executive, it was an honor to witness this chapter in the history.”

Brewster traveled to Springfield, Massachusetts, home of the Naismith Memorial Basketball Hall of Fame and birthplace of basketball, where he delivered a Pennsylvania Senate Proclamation to the all-star athlete honoring her achievements.

“It was a pleasure to ask the Senate for a Proclamation for McKeesport’s hometown hero,” Brewster said. “Over the years Swin Cash has come to represent excellence, and she means a lot not only to sports fans but to everyone who aspires to be great in any field.”

Cash, who starred at McKeesport High, went on to become an All-American and key contributor to legendary teams at the University of Connecticut, winning NCAA titles in 2000 and 2002. Selected second overall in the WNBA draft, she led the Detroit Shock to their first-ever title in her second season. In all, she won three WNBA Championships along with two Olympic gold medals. She is one of only 11 women to win Olympic gold, an NCAA Championship, a FIBA World Cup and a WNBA title.

After retiring, she became a broadcaster and basketball executive, now serving as vice-president for basketball operations for the New Orleans Pelicans.

“Everywhere she goes she sets goals, competes and achieves,” Brewster said. “She’s a role model for kids who want to succeed at anything, not just sports. She comes from a great family and those of us who watched her play through the years were not surprised that she has reached such heights in the world of basketball and beyond.”

The Class of 2022 enshrinement ceremony was held on Saturday, September 10.