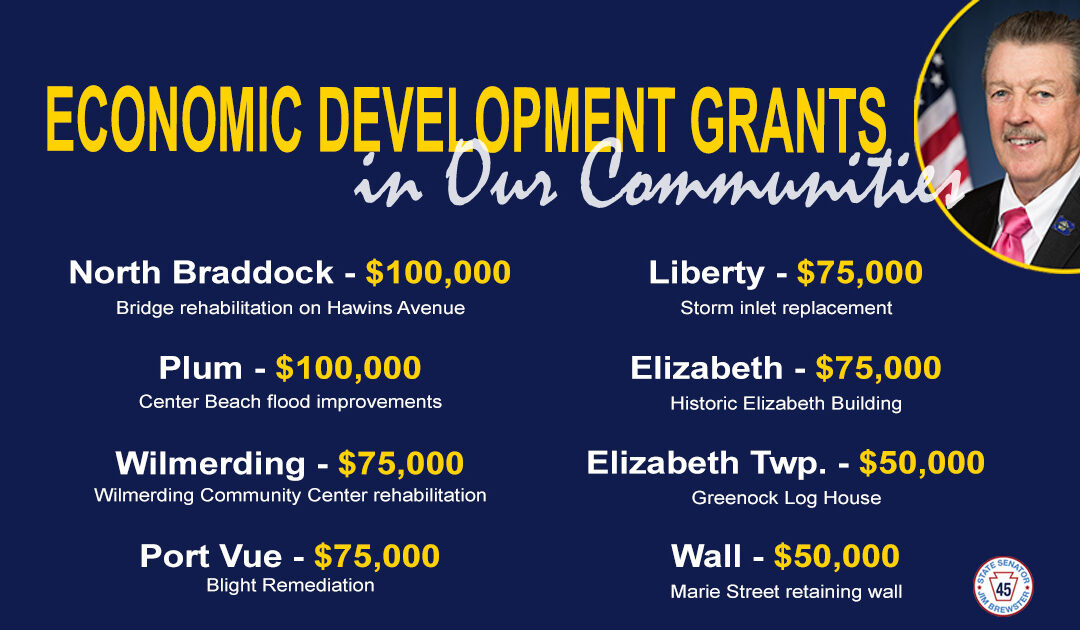 “I was happy to support and advocate for these projects,” Brewster said. “I have been lobbying the Governor and the General Assembly as a member for many years for these types of grants to help our communities.”

GEDTF grants were awarded to the following projects in Senator Brewster’s District:

“These projects will go a long way in our ongoing efforts to revitalize these communities,” Brewster added. “I’d like to say congratulations to the awardees and thank you to the RAAC for investing in this region.”